Following Up On Subway…

I am a cattle farmer who blogs. This combination leads to an interesting life, but yesterday’s blog experience surpasses anything that I could have imagined. There are times when I wonder if anyone reads what I write – I did not have to wonder yesterday as my email box filled with hundreds of messages as I did my normal “cowgirl” chores. 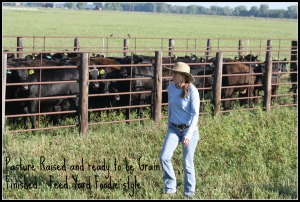 The huge outpouring of comments and the just short of 500,000 reads renews my faith that Americans are willing to engage with a farmer to learn about where food comes from.

This afternoon, Subway issued a revised statement which brings me hope that we can work together to form meaningful change. I have copied the relevant verbiage in the below paragraph which came directly from their website. The bold green portion is the additional language that appears in the revised statement as of today.  Subway states:

Our goal is to reduce and eliminate the use of antibiotics in the food we serve. Elimination of antibiotics use in our supply chain will take time, but we are working diligently with our suppliers to find quality solutions that also ensure our high quality and food safety standards are upheld and not compromised in any way. Our plan is to eliminate the use of antibiotics in phases with the initial focus on the poultry products that we serve in the U.S. We are in the process of transitioning to chicken products made from chicken raised without antibiotics and expect this transition to be completed by the end of 2016. In addition, turkey products made from turkey raised without antibiotics will be introduced in 2016. The transition is expected to take 2-3 years. Supply of pork and beef products from animals raised without antibiotics in the U.S. is extremely limited. We expect our transition to take place by 2025. That said, we recognize that antibiotics are critical tools for keeping animals healthy and that they should be used responsibly to preserve their effectiveness in veterinary and human medicine. Our policy is that antibiotics can be used to treat, control and prevent disease, but not for growth promotion of farm animals. Accordingly, we are asking our suppliers to do the following:

I view Subway’s revised statement as a victory for all of us.  I am incredibly thankful to everyone who read my post and contributed to the discussion.

I went through the comments from yesterday’s post and grouped them into a few different categories that require further explanation:

This is getting long, so I will wrap it up. It has always been my intent to be a positive instigator for continuous improvement in this journey we call food production. I put in long hours on my farm offering care to my animals, and additional hours reaching out to each of you to share how I grow beef. While I will never achieve perfection, I try to make up for it with hard work and sincerity. 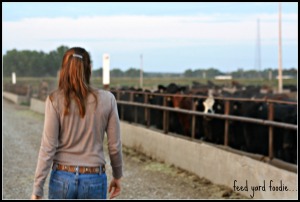 Thank you for traveling along with me.

Filed under Animal Welfare, Antibiotics, hormones, and other growth promotants...

46 responses to “Following Up On Subway…”